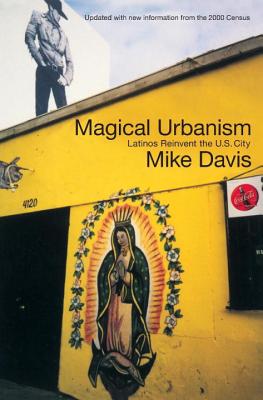 Winner of the 2001 Carey McWilliams Award
Is the capital of Latin America a small island at the mouth of the Hudson River? Will California soon hold the balance of power in Mexican national politics? Will Latinos reinvigorate the US labor movement?
These are some of the provocative questions that Mike Davis explores in this fascinating account of the Latinization of the US urban landscape. As he forefully shows, this is a demographic and cultural revolution with extraordinary implications. With Spanish surnames increasing five times faster than the general population, salsa is becoming the predominant ethnic rhythm (and flavor) of contemporary city life. In Los Angeles, Houston, San Antonio, and (shortly) Dallas, Latinos outnumber non-Hispanic whites; in New York, San Diego and Phoenix they outnumber Blacks. According to the Bureau of the Census, Latinos will supply fully two-thirds of the nation's population growth between now and the middle of the 21st century when nearly 100 millions Americans will boast Latin American ancestry.
Davis focuses on the great drama of how Latinos are attempting to translate their urban demographic ascendancy into effective social power. Pundits are now unanimous that Spanish-surname voters are the sleeping giant of US politics. Yet electoral mobilization alone is unlikely to redress the increasing income and opportunity gaps between urban Latinos and suburban non-Hispanic whites. Thus in Los Angeles and elsewhere, the militant struggles of Latino workers and students are reinventing the American left. Fully updated throughout, and with new chapters on the urban Southwest and the explodiing counter-migration of Anglos to Mexico, "Magical Urbanism" is essential reading for anyone who wants to grasp the future of urban America
This paperback edition of Mike Davis's investigation into the Latinization of America incorporates the extraordinary findings of the 2000 Census as well as new chapters on the militarization of the border and violence against immigrants.