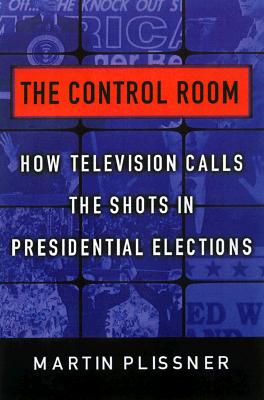 The Control Room: How Television Calls the Shots in Presidential Elections

Martin Plissner was involved with CBS's political campaign coverage for three decades, covering every election since 1964. Now, drawing on his intimate knowledge of life inside the control room, he provides a lively and authoritative account of the ways television has transformed election politics in the United States over the past thirty-five years.

Blending personal anecdote with fascinating mini-histories, Plissner shows how virtually everything we associate with the presidential race today -- the primaries, the conventions, the debates, and even the candidates themselves -- largely reflect the networks' demand for television-friendly political drama capable of generating ratings. In sharing many insider stories, from how the networks invented the New Hampshire primary in 1964 to the secret negotiations that wedged Ross Perot into the 1992 debates, he sheds light on how the noble pursuit of a news story can end up becoming a story itself.

The Control Room creates a shocking picture of who really controls presidential politics in the information age.

Title: The Control Room: How Television Calls the Shots in Presidential Elections

The Control Room: How Television Calls the Shots in Presidential Elections