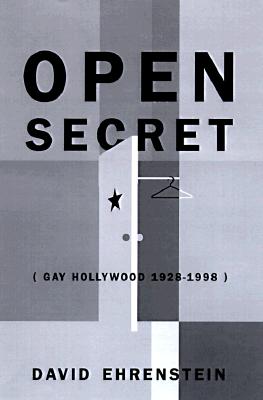 372 pp., bibliography, 8 pp. glossy b&w photos of actors. Index. Mylar protector on jacket. Ex-library with discard markings; text gently read. A readable narrative of how Hollywood kept its gay actors and actresses in the closet publicly, but allowed them some latitude in their private lives. The book details how the secrecy barriers are being worn down. An entire chapter is devoted to Tom Cruise's orientation. Size: 8vo -- 9.5 In Tall

Hollywood isn't just a place or an industry -- it's a fantasy that unfolds in the minds of moviegoers the world over. And talking about "who's gay in Hollywood" has always been the most socially acceptable way of talking about homosexuality period.But times have changed for gays and lesbians inside Hollywood and in the culture at large. Ellen DeGeneres "came out" to a world quite different from the one that allowed Marlene Dietrich to "stay in." And while Rupert Everett may be called "the gay Cary Grant," the real Cary Grant would never have described himself as gay -- even though he was.So what has it meant to be gay in Hollywood, not just as a star but behind the scenes as well? How homosexual actors and actresses came to define straight America's sexual self-image is only one of the paradoxical and provocative questions explored in Open Secret, a revealing cultural chronicle of gay Hollywood. From the silent era to the age of the multiplex and beyond, homosexuality has been a fact of life in the film industry, and scores of important personalities -- stars, writers, directors, producers -- have enjoyed long and spectacular careers on both sides of the camera, despite mainstream America's professed bias against gays.

Part social history and part Tinseltown expose, this entertaining book spans seventy years, painting knowing and vivid portraits of many of Hollywood's foremost gays and lesbians, often in the words of eyewitnesses or the principals themselves. Veteran entertainment journalist David Ehrenstein traces the gradual transformation from an era when gays and lesbians had no public profile in "polite" society to the modern era when many top entertainment figures are not merely comfortable with their sexuality but actually celebrate it -- and are in turn celebrated for it. In the process, he presents a unique reflection of American society as a whole and its ever-changing attitudes and values.