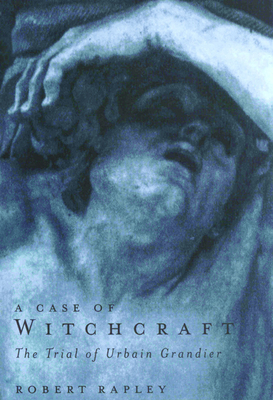 A Case of Witchcraft: The Trial of Urbain Grandier

Nearly new, spine uncreased. A new interpretation of the most infamous witchcraft trial in 7th century Europe. Grandier, a handsome, charismatic priest, was burned at the stake for sorcery.

As a Catholic priest, Grandier was an influential figure in the Loudun community and local government. A brilliant speaker, he was popular with his parishioners. But he had enemies, including Cardinal Richelieu and Louis XIII, who was trying to wrest political autonomy from local governors and centralize power in Paris. Grandier's support of the governor of Loudun meant that he was seen as an enemy of the crown. In addition, the debonair priest's romantic intrigues brought him into conflict with some of the town's most influential power brokers. When a nearby convent of Ursuline nuns began experiencing strange visions and hallucinations, Grandier's enemies seized the opportunity to orchestrate his downfall. These mass possessions, which spread through the convent despite attempts at exorcism, were regarded as witchcraft and Grandier was accused of having caused them. Condemned by Richelieu and the king, Grandier was tortured and burned at the stake for his alleged crimes. He maintained his innocence to the end. This tale of conspiracy, corruption, and mass hysteria provides a fascinating exploration of human behaviour and community dynamics.

Title: A Case of Witchcraft: The Trial of Urbain Grandier

A Case of Witchcraft: The Trial of Urbain Grandier