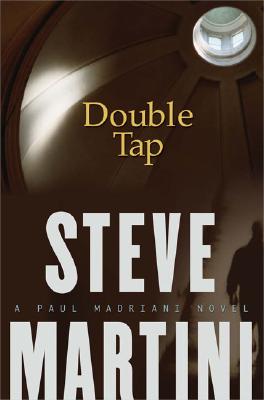 Paul Madriani's defense of a soldier on trial for murder-and the explosive government secrets it could reveal-propel Steve Martini's latest thriller.
"The Arraignment, " Steve Martini's most recent bestseller featuring defense attorney Paul Madriani, has proved his most popular yet. Now Madriani is faced with daunting ballistics evidence: a so-called "double tap"-two bullet wounds tightly grouped in the victim's head, shots that could have been made only by a crack marksman. Paul's client, Emiliano Ruiz, is an enigma-a career soldier who refuses to discuss his past though it is clear that he is a battle-tested pro. Ruiz is accused of killing a beautiful businesswoman and guru of a high-tech software empire catering to the military. A key to the case: the murder weapon is one used solely in special operations, where the "double tap" has become the signature of the most skilled assassins.
Ruiz is sitting on secrets-there's a seven-year gap on his military r?sum?, for which Madriani can find no details. And, more troubling, he discovers that the victim and her company were involved in a controversial government computer program designed to combat terrorists. Madriani finds himself in a deadly legal quagmire-with a client who is unwilling to cooperate and prosecutors who stonewall his every question about the victim's shadowy business and his client's past. Justice, and the unvarnished truth, has never been so elusive-or so dangerous.