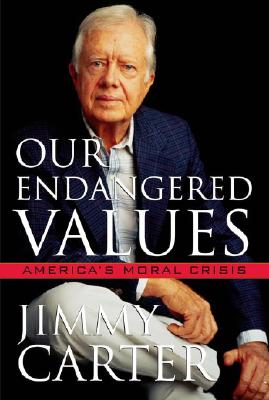 In "Our Endangered Values," Jimmy Carter describes quite personally his own involvement and reactions to some disturbing societal trends that have taken place during the past few years. These changes involve both the religious and the political worlds as they have increasingly become intertwined, and include some of the most crucial and controversial issues of the day - frequently encapsulated under 'moral values'.

Many of these matters are under fierce debate, and include pre-emptive war, women's rights, terrorism, civil liberties, homosexuality, abortion, the death penalty, science and religion, environmental degradation, nuclear arsenals, America's global image, fundamentalism, and the welding of religion and politics. Carter, sustained by his own lifelong faith, assesses these issues in a forceful and unequivocal, but balanced and courageous way. "Our Endangered Values" is a book that his millions of readers have eagerly awaited.