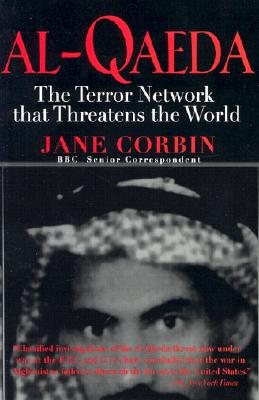 Al-Qaeda: The Terror Network that Threatens the World (Nation Books)

Two small slash marks on top edge, no other markings. Tight, nearly new. Text clean. Includes 8 pp. glossy b&w photos. A BBC correspondent examines the origins of the terror gang as rebels against Soviet influence in Afghanistan and chronicles its operations up through the 9-11 attacks in the US.

Jane Corbin, Emmy nominee and the BBCs award-winning senior correspondent specializing in the Middle East, has broken many stories on the growth of Al Qaeda over the past decade. Here she explores how one man with a medieval view of good and evil, living in a cave, brought the worlds only remaining superpower to its knees. Exploring the methodology of Al Qaeda (The Base), Corbin shows how they used the training instilled in them in the Afghan terror camps to stay below the radar of the worlds most sophisticated intelligence agency. Here, too, are descriptions of the parallel deadly plots to kill hundreds in Europe, only uncovered in their final stages. Further attacks are not only feared but also expected. Al Qaeda continues to grow. Bin Laden is still at large and has a growing if silent constituency now, not only among young and dispossessed Muslims but among a wider and more-educated audience in cities and suburbs. As Bushs war on terror poses more questions than answers, Corbin examines the Wests response to September 11 andeviction of the Taliban notwithstandingdeclares it a failure. Corbin has conducted hundreds of interviews with key eyewitnesses, investigators, and intelligence officers around the world. She also has the advantage of reporting from an unmuzzled European perspective, unlike her American counterparts who are denied information from both State and Pentagon sources, and who are caught up in a patriotic us vs. them mentality.

Al-Qaeda: The Terror Network that Threatens the World (Nation Books)